Cephalonia is the largest of the Ionian group of Islands with a population of approximately 35.000 and covering an area of 688 sq km. Laying between Corfu and Zakynthos it is regarded by many to be the most beautiful. In Spring Cephalonia is a carpet of brilliant wild flowers and is noted for its interesting and varied bird life. Secluded coves, golden sandy beaches and many charming villages are just a few of the islands assets.

The Turks, Venetians, French, British and even the Russians have ruled the island. The island was devastated by an earthquake in 1953 so little remains of the grandeur of these empires, just the British Bridge and lighthouse in Argostoli and a few Venetian houses on the islands northern trip.

Argostoli, situated on the western coast has all the facilities one would expect from an islands capital. It is a busy town with a good choice of restaurants, taverns and a couple of discotheques. A feature of the town is the magnificent palm trees that line the harbor and central square.

The Italian influence is much in evidence and an example of this is that nightlife centers on the ‘Piazza’ or Main Square as opposed to the traditional quayside taverns. By day it has a sleepy air of tranquility but at night comes alive with people talking they’re evening ‘Volta’, strolling from cafe to cafe meeting and greeting friends.

A visit to two museums in Argostoli is well recommended. The Historical and Cultural Museum offers a glimpse of life in Cephalonia during the 19th century, whilst the Archaeological Museum houses pottery, jewellery and swords from the Mycenaean era.

About a mile to the south of Argostoli you come to Lassi, a seaside resort with a few bars and taverns. The area also boasts two of the most popular beaches on the island; Makris and Platis Gialos and here are located the islands best hotels. A few miles further south is the unspoilt village of Lakithra, and the well-kept village of Kourkoumelata.

Taking the northern coastal road will reveal some beautiful scenery, the white sweeping beach of Myrtos Bay glistens dramatically against the green-blue sea. Head further north towards the tiny village of Assos. Access to the village is a very winding road and its well worth the trip to walk up to the huge Venetian fortress that stands above.

Leaving Assos back you go on your trip till the northest trip of the island, the picturesque Fiscardo. It’s a pretty little fishing village with taverns, shops and tourist offices. There are daily itineraries by ferryboats either from or to Ithaca and Lefkas. Assos and Fiscardo are two of the most picturesque villages on the island.

Taking the road towards Sami you will pass the sign to Melissani Lake – not to be missed. It’s an underground lake, which you can see by rowing boat. Leaving Melissani and heading towards Argostoli you will pass a sign for the Drogarati Cave – don’t miss it!

Mount Enos is the highest point on the island at 1.626 meters high. The view is spectacular and on clear day you can see the islands of Ithaca, Lefkas and Zakynthos.

FIND US ON MAP 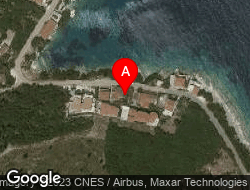